Late summer I was lucky enough to participate in a build project we did for our client Volkswagen. The idea was illustrating their automatic braking system by creating a similar system for bumper cars, filming people driving them unbeknownst of our modification. Take a look at the result here:

And if you are interested in how created this, check out the “behind the scenes” video with Knut explaining the basics of the setup.

The brake system was powered by pneumatics, so several large dive tanks was needed to keep the smaller bottles refilled the whole recording day. This picture was taken after, with the brake system parts all back in boxes after restoring the bumper cars to their normal brake-less setup. 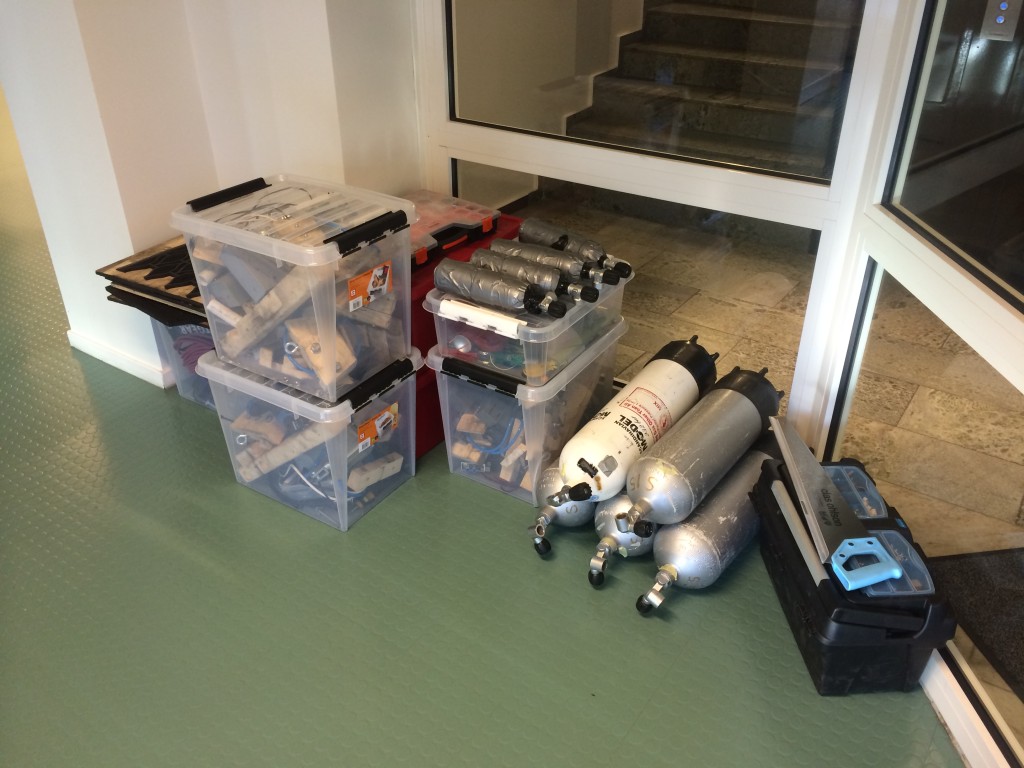 The parts for each cars setup, hidden under the seat for a surprising effect (from L to R): 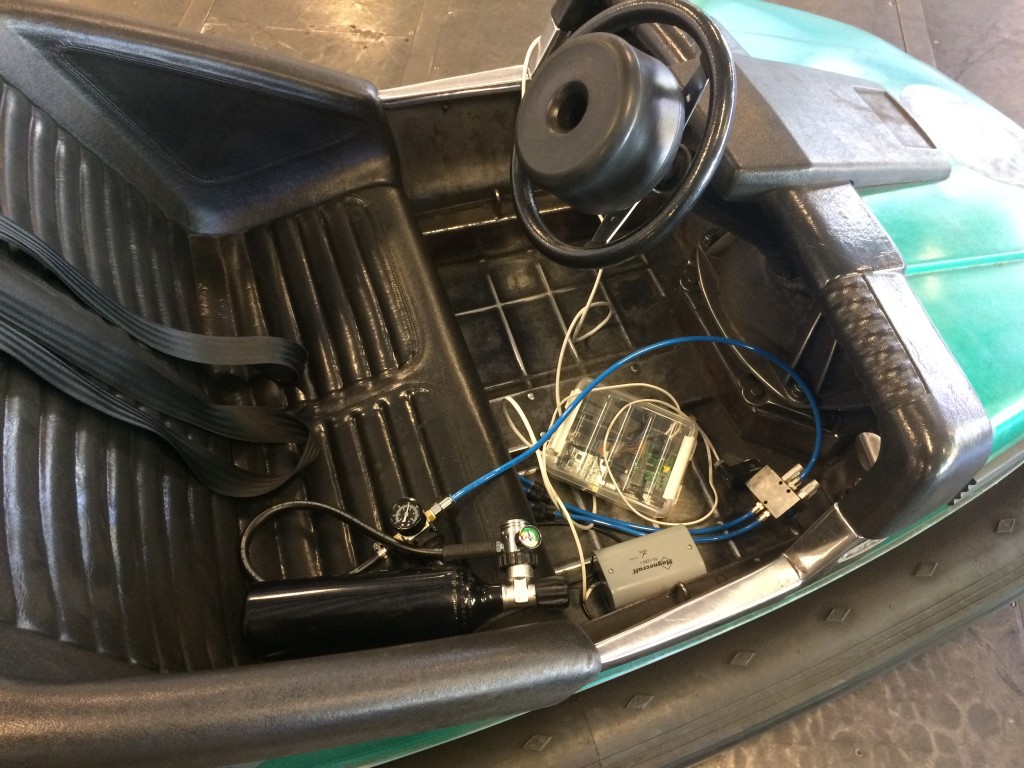 The feeling of just holding one of these beautiful Festo cylinders cannot be described with words, the build quality is unbelievable. We used two in each car, each capable of lifting 178KG (1750 Newtons) at 10 bars! 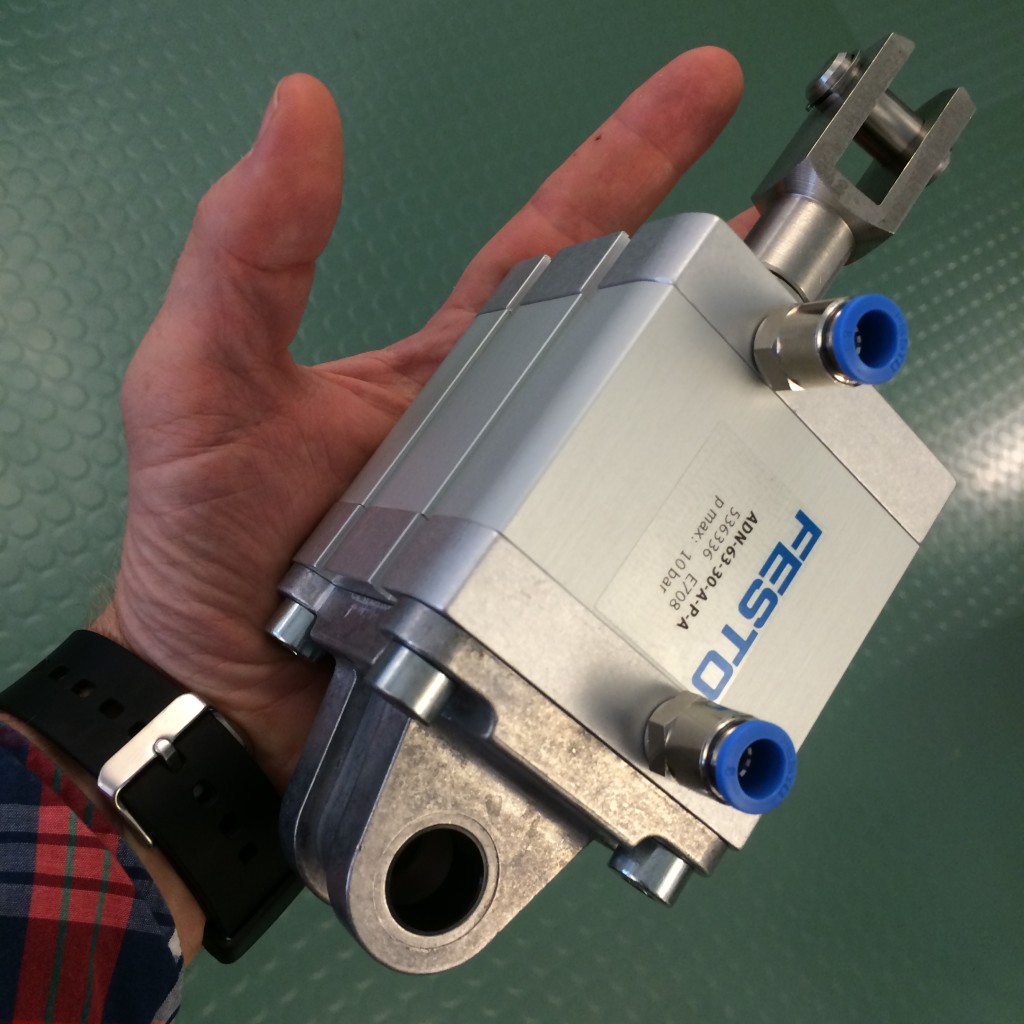 All in all I’m in awe of the design and production that Knut and Morten did, mostly just contributing to the electro mechanic part myself.